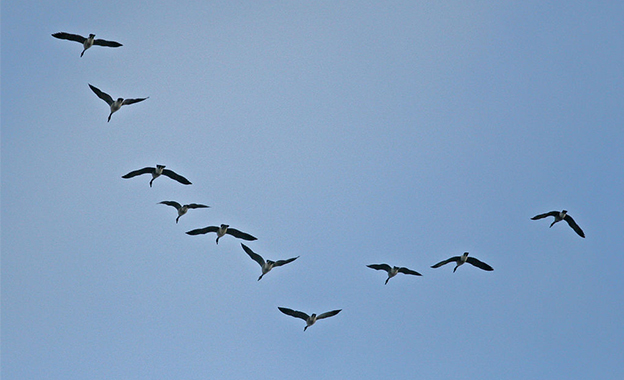 In 2020 Airbus will test the idea in a project called Fello’fly. Formation flying allows trailing aircraft taking advantage of the wake updraft created by the leading plane. This is similar to the way geese do when they fly in their familiar triangle formation, TravelWeekly Asia reports.

Airbus will conduct a series of test flights in which two aircraft are separated by just three kilometres. In this setup, the trailing aircraft will be lined up to ‘ride’ the upwash created by the leading aircraft. In the test, two aircraft travel in that fashion from Western Europe to the U.S. West Coast.

Air France took delivery of its first Airbus A350 at the Airbus delivery centre in Toulouse (France). A new phase in its fleet modernization strategy.

KLM last week introduced its first Airbus A330-200 with a fully renewed cabin interior. The renovated A330-200 operated its first flight to Abu Dhabi.