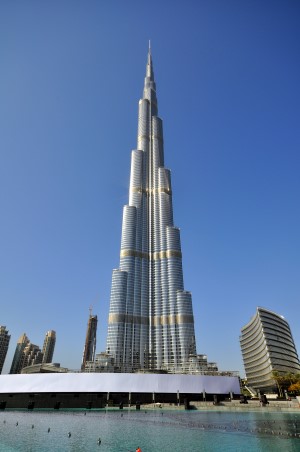 The developer of Burj Khalifa, Emaar Properties, calls the new attraction “a one-of-its-kind, must-experience journey”. A delegation of the Guinness World Records made it official: Dubai’s newest attraction is actually the ‘Highest Observation Deck’ in the world.

Burj Khalifa took over the honour from Tower in Guangzhou, China, which held the record for its observation deck at 488 metres (1,601 ft) high. If you want to go up, just press the Level 148 button (change elevators at level 125) to visit At the Top, Burj Khalifa SKY. You can step out to an outdoor terrace that opens to mesmerising views of the city and beyond.

Dubai: Mall of the World, the world’s first airco mini-city

Dubai’s next big project is the Mall of the World, a fully air-conditioned mini-city.

SkyTeam to expand its lounge network

Time to kill at an airport? In the unusual activities series, 8 activities you normally wouldn’t do.