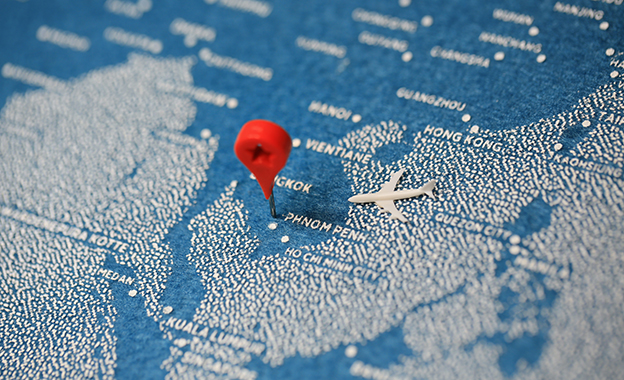 Developing economies largely depends on the availability of efficient international air connections. The government of Cambodia has decided to build a huge new international airport, south of the country’s capital of Phnom Penh. With its size of 2,600-hectare it will become one of the largest airports in the world.

According to TravelWeekly Asia, the US$1.5-billion airport is set to become the world’s ninth-largest in the world – just shy of the US’s Chicago O’Hare, which is 2,610 hectares.

The Cambodian government has approved the plans for the new airport in Kandal province, south of Phnom Penh. The airport will be built by a local conglomerate of OCIC and the Cambodian government’s State Secretariat of Civil Aviation. OCIC will invest US$280 million, while unspecified foreign banks will provide US$1.1 billion in funding.

Airport International Blaise-Diagne, Senegal’s new airport is open since December 2017 – is to become a travel hub for all of West Africa.

Have your airport food delivered at the gate

Travelers wishing to avoid queues at busy airport restaurants at peak hours can now order their food online and have it delivered at the gate.

The construction of the world’s biggest airport is well underway. The Beijing New Airport is set to open in 2019.