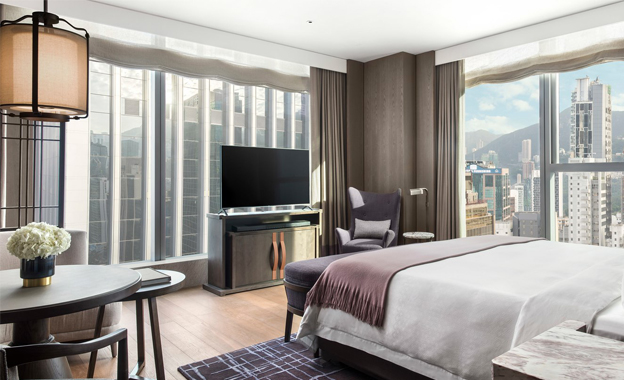 Marriott has just opened its 7000th hotel in the world. The opening of the new St. Regis Hong Kong is a milestone for the company that began as a nine-stool root beer stand in 1927 and didn’t even open its first hotel until decades later.

Marriott announced that it expects to add more than 1,700 additional hotels by the end of 2021, including about 320 hotels in Asia Pacific.

The hotel is set within the island’s vibrant Wan Chai district. Lodging magazine reports that the hotel is a five-minute walks from the Hong Kong Convention and Exhibition Center (HKCEC).

The Marriott hotel group makes its debut in West Africa! The new Accra Marriott Hotel is strategically located in the heart of Airport City.

The St. Regis Cairo offers great views of the Nile and Old Cairo, in a 36-floor tower with guestrooms, suites and luxury apartments with butler service.

Are you out of energy while in Hong Kong? Go to one of the three newly opened Nap Lounges.